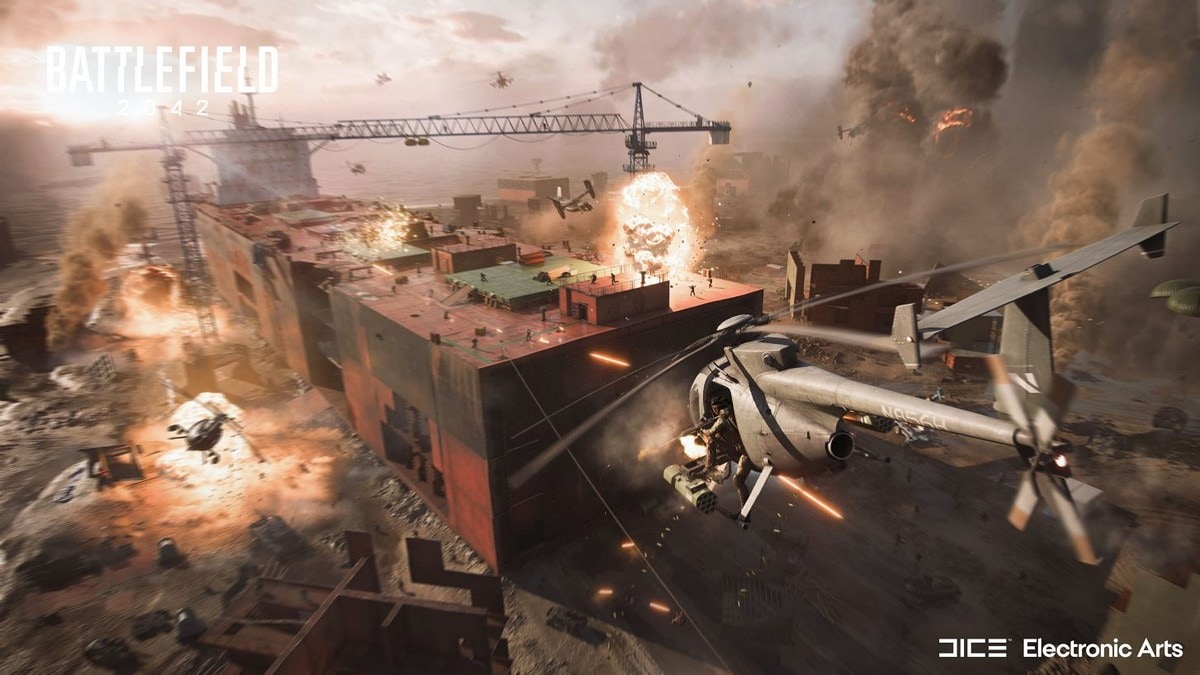 Battlefield 2042 will use bots to fill up its 128-player matches, Electronic Arts (EA) has reportedly revealed. The game was announced earlier this month with a game engine footage showing the various multiplayer modes. EA says Battlefield 2042 will have the largest maps and scale yet, allowing up to 128 players in certain modes on PC, Xbox Series X/ S, and PlayStation 5 consoles. Now, it seems like not all players out of 128 will be actual players. Instead, the game will use bots to fill in the server.

The reveal trailer for Battlefield 2042 that came out a couple weeks ago showed some of the new mechanics that will be introduced to the franchise, along with the scale of the game. For the first time in a Battlefield game, the Conquest and Breakthrough game modes will feature up to 128 players on PC, Xbox Series X, Xbox Series S, and PlayStation 5 consoles. But it looks like not all 128 will always be actual players. EA has reportedly told The Verge that Battlefield 2042 will use AI bots to fill the servers up to 128 members.

Of course, humans will take priority which means if there are 128 players available to join a game in Battlefield 2042, there will not be any bots. But, it is likely that not all game will have 128 players ready to join, and in such cases the remaining slots will be filled with AI bots. There can be up to 64 bots in a game, depending on the region, platform, and number of human players available. EA also reportedly said that players can try out other modes that do not have bots if they prefer not facing AI players in games.

This may be disappointing news to some players who would prefer having less number of actual players rather than have a full server but with some bots. The report quotes EA, “the use of AI will be tuned as player data comes in,” suggesting the AI bots will get smarter and more competent as more and more actual players play the game. As of now, there is no option to turn off bots and the company is expected to share more information on this soon.

Battlefield 2042’s gameplay trailer was revealed on June 13 and it showed pre-alpha gameplay footage in some of the maps highlighting land and air vehicles, weapon customisation, a tornado, and a lot more. The game is already up for pre-order and those who do will get access to the early open beta. It will release on October 22 on PlayStation 5, PlayStation 4, Xbox Series X/ S, Xbox One, and PC.

Vineet Washington writes about gaming, smartphones, audio devices, and new technologies for Gadgets 360, out of Delhi. Vineet is a Senior Sub-editor for Gadgets 360, and has frequently written about gaming on all platforms and new developments in the world of smartphones. In his free time, Vineet likes to play video games, make clay models, play the guitar, watch sketch-comedy, and anime. Vineet is available on [email protected], so please send in your leads and tips.
More