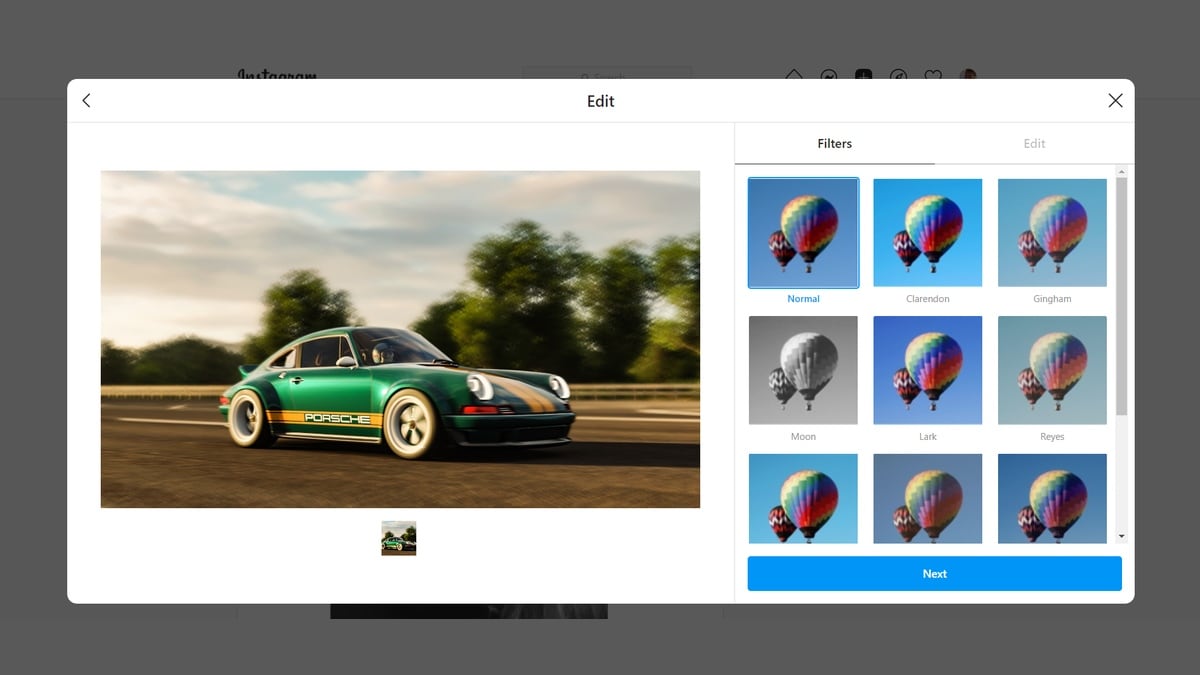 Instagram is testing the ability to post photos and videos directly from a PC desktop browser. The new functionality on Instagram’s desktop website lets users apply filters and edit photos and videos in a similar fashion to the mobile apps. A report from last month highlighted this feature when a notable tipster leaked some screenshots of the process of publishing a post from the desktop website. Facebook has now confirmed to Gadgets 360 that the feature is indeed in testing.

The new functionality for the desktop website of Instagram was first spotted by industry insider Matt Navarra (@MattNavarra).

The process to create, edit, and publish posts on the Instagram website is similar to the process a user encounters on the mobile app. Notable tipster Alessandro Paluzzi first tipped about this functionality back in May.

Users will first have to click on the + (plus) icon on the top right corner of the webpage. Then they will have to select an image from their macOS or Windows PCs, just as they do on the Android and iOS apps. Once selected, users will have to select from four different crop sizes — Original, Square (1:1), Portrait (4:5), and Landscape (16:9). After that, the platform also gives the users the option to select a filter from the wide variety offered by the platform. Alongside, users also get the option to adjust brightness, contrast, saturation, temperature, fade, and vignette.

If a user wishes to post a video, the process slightly differs when compared to posting a photo. After selecting the desired video, users can select any frame from the video as the cover. Users also get a toggle for turning the sound off or on.

Once a user has finished editing their photos or videos, they can then add a caption, location, and alt text. Other Instagram users can be tagged in the posts by clicking on the photo. Users also have the option to turn off commenting on their post before they publish it.